The German Affricate PF (or: Flatten Your Tire) 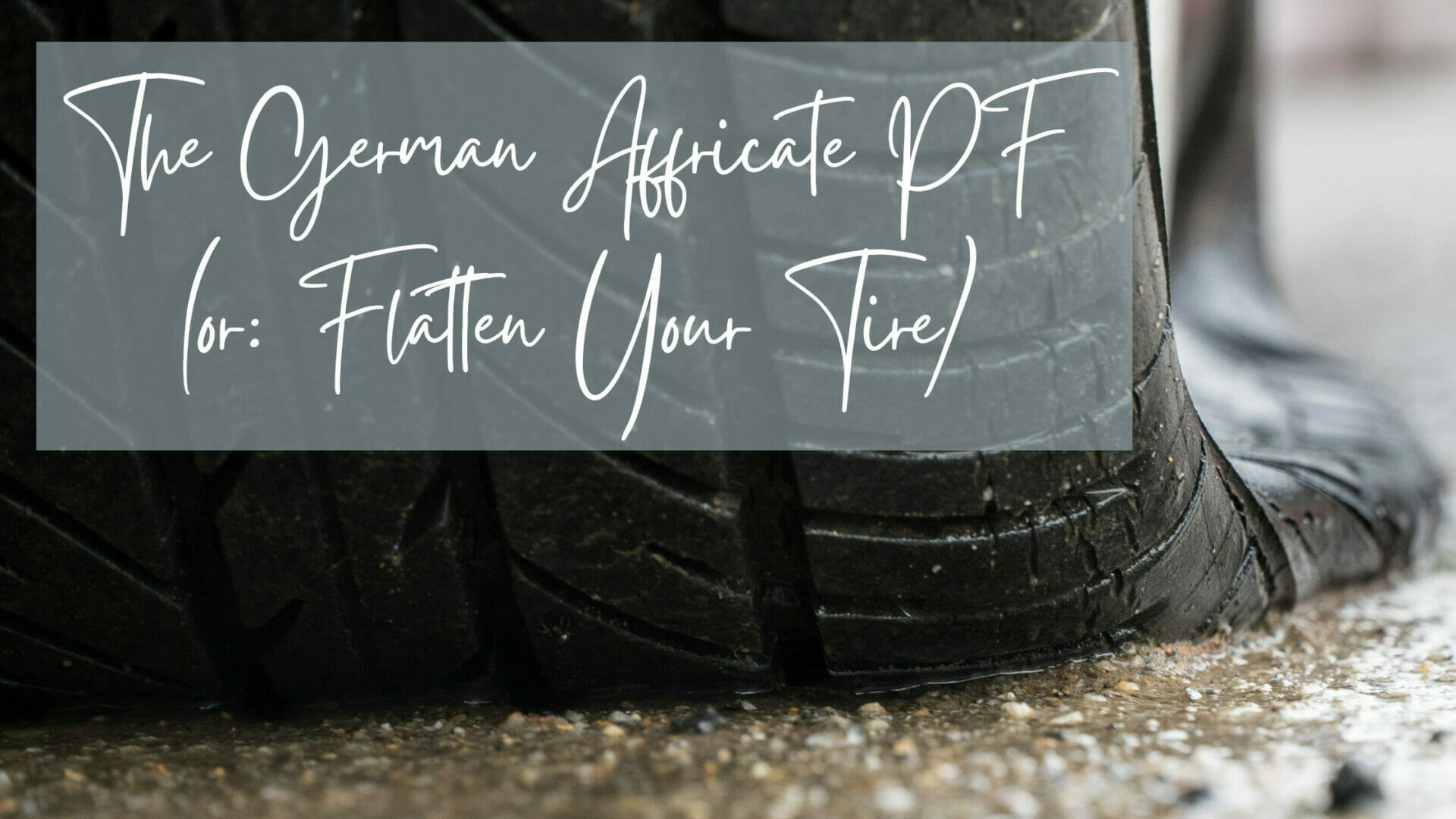 The German letter combination PF is a so-called affricate or combination consonant.
This term describes a sound that combines a plosive (T, P or K) with a fricative consonant (S, F or V).

In German there are six combination consonants:

The challenge with affricates is that the shift from one sound to the next must be carried out so smoothly that the listener perceives one single sound.

In this article, you will learn about the [pf]-sound which you know very well already: think of a tire letting of air.

Even though [pf] is represented by the combination of two letters, it should sound as a single combined sound. So, whenever you see a PF in a German word you can be almost sure that you must pronounce a combination consonant. Form the [pf] by pronouncing P and unvoiced F in seamless succession, thus making it one combined sound.

I have made you a list with spellings in German that indicate the affricate [pf]:

How to pronounce the German affricate PF

in all spellings of the letter combination pf in one element:
Pforte (door), Pflanze (plant), tropfen (drop), Kopf (head)

There is a small difference in pronounciation, depending on the position of the PF:

Attention: When the prefix “ab-“([ap]) is followed by an F, both letters are pronounced individually:
Ab/fahrt (departure), ab/federn (to cushion)

Pay attention that the affricate [pf] is not interrupted by an aspirated P! In fact, make sure that the position of the lips when pronouncing the P is similar to the position for the F and support the latter by using the diaphragm.

This may require a bit of practice, for example by imitating the sound of a flattening tire: pffff, pffff, pffff…

Have joy in singing German!