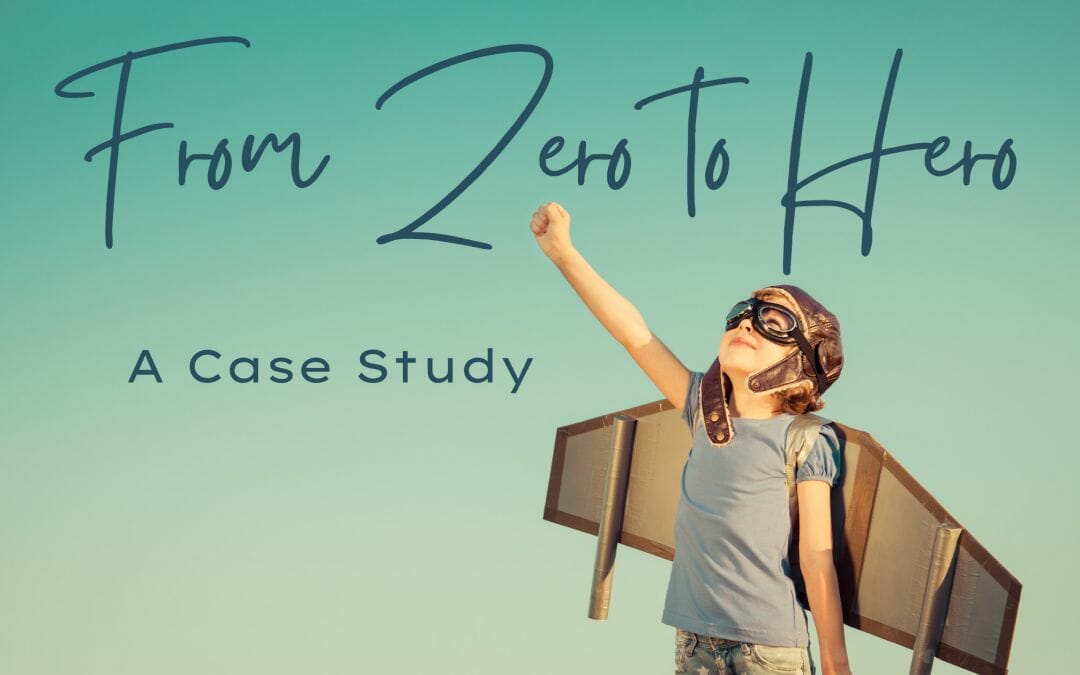 From Zero to Hero (A Client’s Success Story)

During the last years I was able to help many singers to level up their German diction.

In this article I want to share with you the success story of Wladimir who was willing to invest in himself to achieve a special goal.
Wladimir is not his real name, and he knows he (like everybody who works with me) can rely upon my discretion. I share this story with Wladimir’s explicit agreement as a source of inspiration.

When Wladimir first contacted me, he was desperate: he studied singing at a Russian music conservatory and had asked a famous Russian bass singer to accept him as private student. The singer wanted Wladimir to audition for him with various arias and songs, including (of course) some German ones.

Now, Wladimir did have German lessons at the conservatory but he was confused about pronunciation: his (non-native) German teacher taught him one way of pronunciation; his vocal teacher who had sung German repertoire himself, told him to do it differently; and the accompanist he worked with to prepare for his audition suggested a third version!

Wladimir realized that if he wanted to nail the audition he not only had to work on his vocal technique but also level up his German diction. He decided to invest in himself and work with a pronunciation coach who was not only a native German but also an expert in this field. I’m happy to say that he chose me.

“I had no idea how to pronounce German and didn’t know what to work on.”

We exchanged some emails where Wladimir told me about the repertoire he wanted to sing (Mozart, Schubert and Schumann). As he was so confused about the whole of German, however, he could not tell me what his problems were. We agreed to a one-hour coaching lesson to assess his challenges and see if we wanted to work with each other. In my opinion, having a respectful coach-student relationship plays a very important but unfortunately often underestimated role on the path to success! Being on friendly terms with each other helps me to teach you and you to adopt my advice.

It turned out that we got along very well. Wladimir was eager to learn and motivated to throw in all the hard work, for hard it would be!

“I was so relieved when you named my major difficulties. Finally, I knew what to work on.”

After listening to him singing the German repertoire he had chosen, I could soon point out several main issues we had to work on:

– The different CH- and H-sounds in German. Wladimir tended to carry out those sounds too throaty

– Shadow vowels: Wladimir often put an N-sound before an initial D or G or an M-sound before words starting with B.

– German consonant clusters gave him a hard time because he had difficulties in identifying all sounds he had to make.

-Correct vowel colouring: vowels often turned out to be too dark and open

When I told Wladimir what I saw as main challenges, I could see the relief in his eyes. He was so happy to finally know what to start with that he booked a bundle of multiple coaching lessons.

Wladimir worked hard on the repertoire he had chosen – and believe me: the pieces weren’t easy!

I sent him audio files with the spoken text (this is a bonus if you take four or more hours) and in every lesson I could see his improvement. He was so eager to achieve his goal that he soaked everything I told him up like a sponge!

After a while, he had mastered his main problems and we could focus on ironing out the minor flaws in his diction.

“I not only got accepted but was also congratulated upon my good German diction!”

When Wladimir went for his audition, I was probably as nervous as he was.

In the evening he sent me a message, telling me that he was accepted as a private student.

I can’t tell you how proud I was of him!

And how I blushed when he added “I was especially congratulated upon my good German diction”. 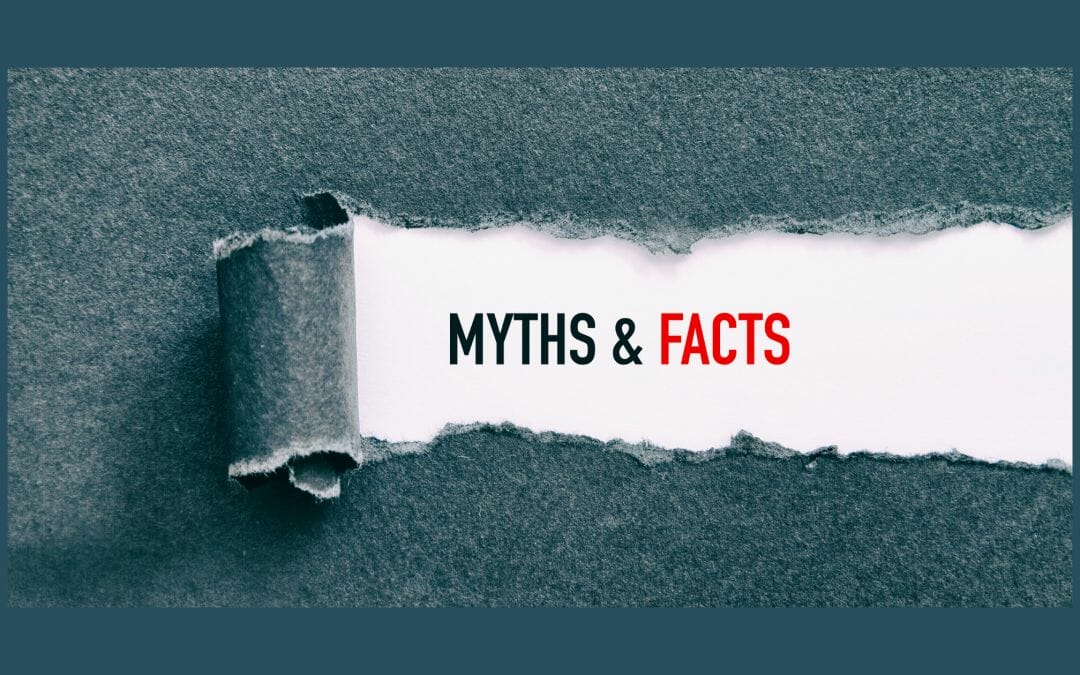 Three Myths about Pronunciation Coaching That Prevent Your Success

Every now and then I am confronted with certain prejudices against German pronunciation. Some can be easily cleared; others are more persistent and harder to explain. Had they been questions, I would have integrated them into the FAQ-list of this website.

However, people often state them as facts or certainties, and I do not want to leave it at that. Especially since all of these ideas severly manipulate your mindset towards neglecting more than one aspect of your art. At worst, this could lead to bad performances and thus prevent your success!

For this reason, I have chosen to “demystify” the three most common myths about pronunciation coaching:

No use to sugar-coat it.

But so is Russian. And French. And baking a cake. And walking…

The truth is: everything new and unfamiliar is difficult at first.

I once listened to a speech of a man who had managed to speak Chinese fluently within half a year (!):

he said the trick is that no matter what language you learned, you should speak it as often as you could. Not only to learn the words and become fluent but also to get used to the way they are pronounced.

Furthermore, he said, it is vital to have someone you could talk to and who would correct you immediately.

He told that his jaw, tongue and lips muscles had been sore when he had started to speak Chinese because the way he had to use them in order to speak was so unaccustomed!

What we learn from this story is that everything can be acquired with a bit of dedication, constant practice, and the help of a good coach.

#2 I Can Learn Correct Pronunciation by Listening to YouTube Videos

YouTube is a very good source for recordings of any kind and if you just want to be sure about the pronunciation of a single word for example, it may be enough. BUT: never ever fall into the trap of thinking that listening to a recording can replace a live teacher! Mistakes, once acquired, are hard to eliminate and it will take you way more time to get you where you want.

Let me tell you a story about one of my experiences with a similar example: some years ago, I decided I wanted to learn tap dancing and I was quite clever to learn it online. I chose a free course on YouTube and for several weeks I practised like mad. After some time, I found a tap dance teacher, Albert, not far from where I live and one Saturday morning, we met for my first lesson.

After five minutes, Albert told me very gently that none of my steps was carried out correctly and that I would have to start learning from zero. I was devastated! In the end I agreed, but it took me a good deal longer to erase the wrong movements from my brain and body and learn them properly than it would if I had taken a good live teacher from the beginning! Albert did what no video or recording can give you: watching me carefully, immediately interrupting when he saw a mistake, correcting it patiently by showing me and telling me exactly what I should pay attention to and kindly motivating me when I got frustrated.

#3 The Focus Should Be on Singing – Text is Secondary

Ah, the old question of the hen and the egg or rather: what’s more important? Music or text? Singing or pronouncing? And the simple answer is: neither!

I know, you are SINGING your part in an opera and you will have to make yourself audible above the orchestra sound. But no matter whether you are singing an aria or an art song, you are singing text. Even if we as audience do not hear every nuance of your articulation, we will note if the overall sound, that is for example the colouring of vocals, the “t”s (or the lack of them) and the “ch”s are performed correctly. If you are merely singing vocalises without paying the words proper attention, your Performance will be boring!

The second point is that you need every word of the text and its meaning to understand the character you are playing and the sentiment of a song or aria. When you reach that level where you actually use the words for your interpretation, that’s what stunning performances are made of!

You see, there is no shortcut to success. Go “back to school” and practice to speak in the foreign language.

You did not learn how to sing all on your own, did you? Why would you consider doing so when it comes to pronunciation?

It’s not easier or harder to learn, nor more or less important. That said, take the same steps that you have taken with singing: get a teacher, study your texts well with him or her and practice.

Still looking for that shortcut?

Well, here is my advice:

Do not regard learning as necessary evil but try to have joy in what you are doing!

When you switch your mindset towards fun, you will reach your goals faster and make your performance outstanding!