Aria vs. Dialogue – Which is More Important 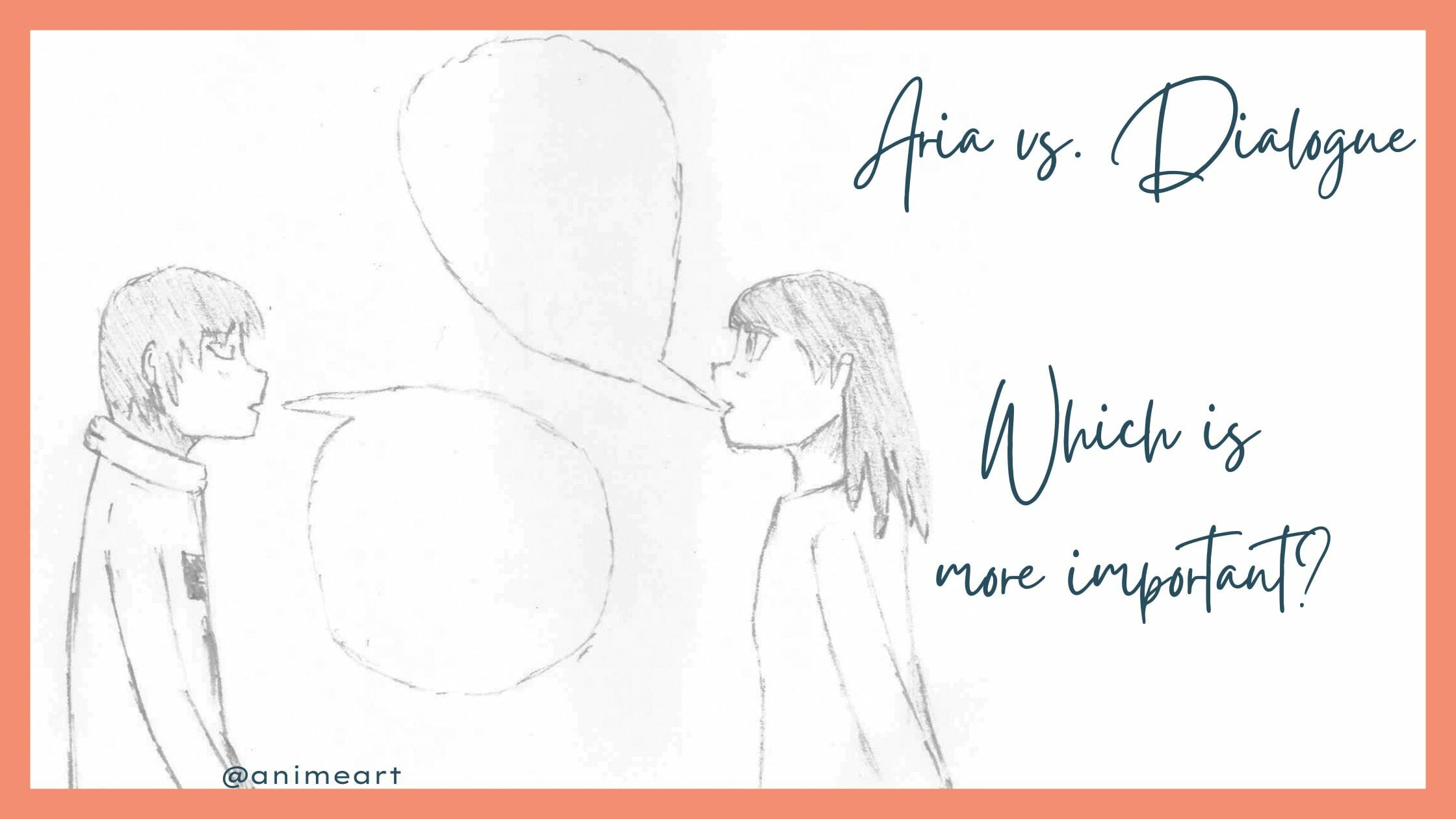 Maybe you have experienced the following: you sit in the audience and look forward to the opera you’re going to watch tonight. Slowly, the lights turn dark, the hustling and hemming dies away and the conductor appears. After having acknowledged his applause, he turns towards the orchestra and the show is starting. During the overture you already know that you love the musical interpretation and finally the curtain lifts and the first aria is sung. Hooray, the singers are good! The evening’s going to be marvellous.

Then the aria is over, and the singers start with their dialogues. And suddenly, you are thrown down from your sphere of bliss and joy to the hard floor of reality: because of their strong accent and sometimes wrong pronunciation you have great difficulties in understanding what the singers are saying. At first, you try to inwardly repeat their sentences in a loop, but eventually you give up and wait for the next aria or duet to come.

Before through-composed operas became popular in the 19th century, number operas where the state of the art. This term describes the opera seria or buffa, the German “Singspiel” and the early romantic operas where musical pieces (the so-called “numbers”) alternate with recitatives or spoken. The musical pieces may be arias but also ensemble pieces like duets, terzettos, choruses or instrumentals.

Let’s have a closer look and see the differences between both:

Usually in a number opera, the aria text is not very elaborate but often dwells on a statement and the connected feeling(s). Sometimes you sing several stanzas with quite a long text, sometimes you repeat one sentence multiple times on different melodies.

The advantage all arias have is that you needn’t think about the rhythm of the language. The question which syllable is stressed or how fast you should go is already answered: it’s all set by the music.

However, this is not only a blessing, but the reason singers look for help from a pronunciation coach ?: you are bound to the musical framework which can be quite challenging when it comes to flawless diction. High notes make it difficult to articulate certain vowels well (especially I and E). The tempo may at first be too fast for all the consonant clusters in the text. Can you combine two successive words or do you have to use a glottal onset?

The main goal of a sung text should always be FLAWLESSNESS, that is perfect pronunciation combined with a wonderful vocal technique.

First, we must ask, why composers used dialogue or their musical pendant, recitatives. The answer is easy: to push the story forward. Recitatives and dialogues are the motor that keep the plot moving. Every action usually takes place within a dialogue or recitative.

For that matter, the audience must understand what is said. Otherwise, they can’t follow the story.

The advantage of a dialogue is that you have the freedom to choose the tempo and rhythm by yourself. You can adapt it to your ability. But this also bears certain difficulties:

Many singers struggle with spoken dialogues in German (or any other language that’s not their native one for that matter).

The main reason usually is that they feel “naked” and “alone” without the support of music.

However, as usual, there is a proven method on how to approach dialogues (which is similar to the method of approaching art songs, by the way).

▷ Translate (or let translate) the dialogues word by word

▷ Also, get a free translation of the whole text

▷ Practice them very slowly until your pronunciation is flawless, then raise the tempo.

▷ Use all means of interpretation and acting to transport the text and its meaning authentically to the audience. You are far more independent as you won’t have to peek to the conductor the whole time.

The most important thing when it comes to speaking text is FLUENCY. This doesn’t mean fastness but articulate pronunciation in a reasonable tempo that can be understood well and with ease.

If a slight (!) accent can still be perceived in the end, it’s ok. In my opinion, the audience is willing to forgive accent in a spoken text (not in the aria!). Always provided of course, that they can understand everything clearly.

Fun fact: the average German audience is not so benevolent when it comes to German singers speaking with an audible dialect. For that reason, many German singers have coaching lessons regarding the pronunciation of their native language just because they want to eliminate any dialectal hints. As at home I’m speaking in dialect myself, I know how challenging this can be. ?

So, which one IS more important?

“But Angela”, you might ask, “which one is more important: the aria or the dialogue?”

My answer is always “YES!”

Both have their purpose to fulfil in the opera and a good singer puts equal effort in learning both perfectly.

← How NOT to Approach Art Songs (and What to Do Instead) 3 Simple Warm-Ups for Your Face (or How to Prepare your Face for Singing German) →
← Vorheriger Artikel: Why I Love Working with Opera Singers! Nächster Artikel: How important are looks in opera? →